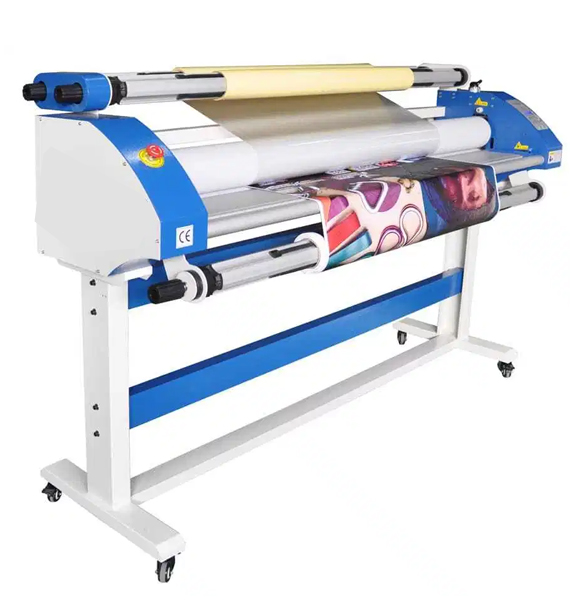 Vinyl lettering is a form of temporary signage that can be placed on flat or curved surfaces to display a brand name, a message, a logo, artwork, and more. It will last five years or more when used indoors, and can be taken off at any time without damaging the surface beneath. To get the precise edges when cutting the vinyl film, fabrication uses an automated, computerized process to render each custom design.

To create custom vinyl lettering at Blue Dot Signs, we utilize both CAD software and large format plotters to create each decal or piece of text. Our designers can assist with drafting your text in the CAD program as well. 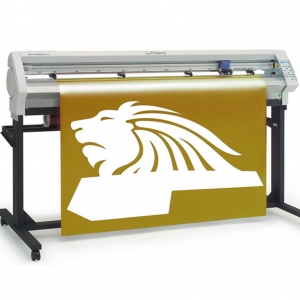 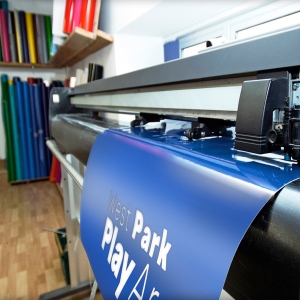 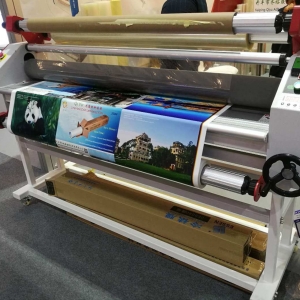 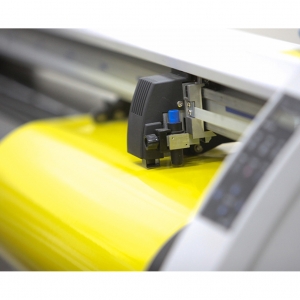 Process And Options of Vinyl Cutting

The process of cutting vinyl film into letters is controlled by a computer for clean lines and to prevent human error in trimming. Computer-aided design (CAD) uses software to render technical, 2 dimensional diagrams of the letters to be printed.

The CAD file is relayed to the plotter through a code of coordinates that outlines where the plotter will trim. The trimmed letters have the background vinyl picked away, or weeded out, leaving only the lettering with crisp lines.

CAD cut lettering can measure as small as ¼” or as large as needed through the use of large-format plotters. Since the process is automatic and guided by technology, the same clarity and detail is possible at any size on the spectrum.

With any font vinyl cutting, the film can be trimmed into both standard and custom typefaces. Many clients rely on a range of standard fonts for their high readability, including:

It is also possible to custom vinyl cut letters out of other fonts. The vector of the font graphic is loaded into a CAD program and rendered into a file type that is readable by the cutting software. The die cut will then trim the vinyl along the lines described by the CAD file. 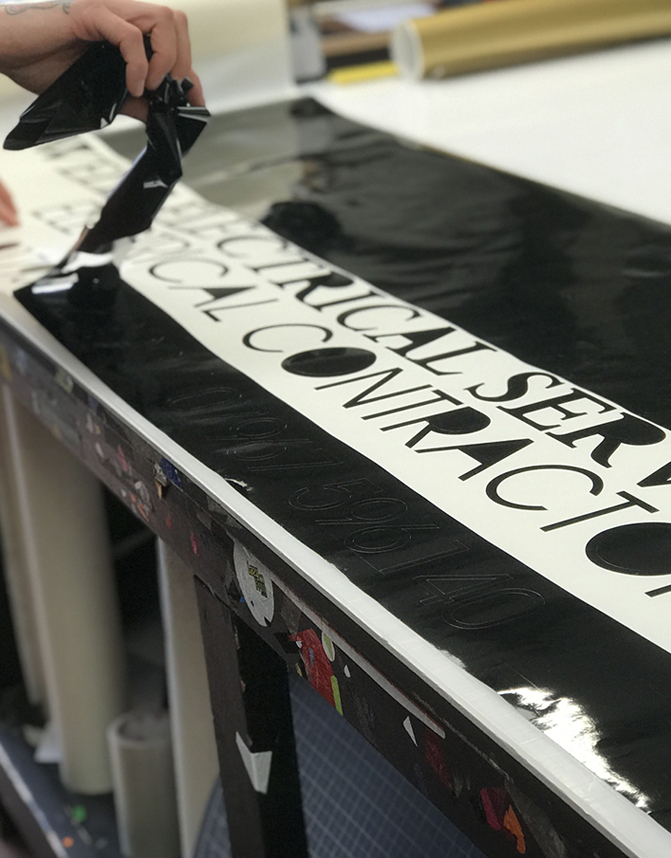 Vinyl lettering can be applied to a variety of substrates as long as they are smooth, clean, and relatively nonporous. Common application sites include:

Lettering is applied through one of two methods. The first is the “dry method.” Each letter is placed on the wall, starting from the top edge, and the installer activates the adhesive backing by applying pressure. A squeegee is used throughout the installation to force out any air bubbles. The lettering must be placed correctly with the dry method as it cannot be repositioned once the adhesive has stuck to the substrate.

Cad cut lettering can also be created from heat transfer vinyl. These are used for cad cut fabric printing and are applied to clothing with the use of heat. The high temperatures meld the vinyl with the garment for a high durability design that can be washed and worn normally.

At Blue Dot Signs, we create CAD cut vinyl lettering completely in house. Our designers can render the CAD files and our state of the art plotters can cut the design out of a range of vinyl films, from wall and window films to fabric heat transfer films. There is also the possibility of using the CAD vinyl plotters for projects outside of signage. Whatever your needs, send us an email at [email protected] to discuss the options for CAD cut lettering.